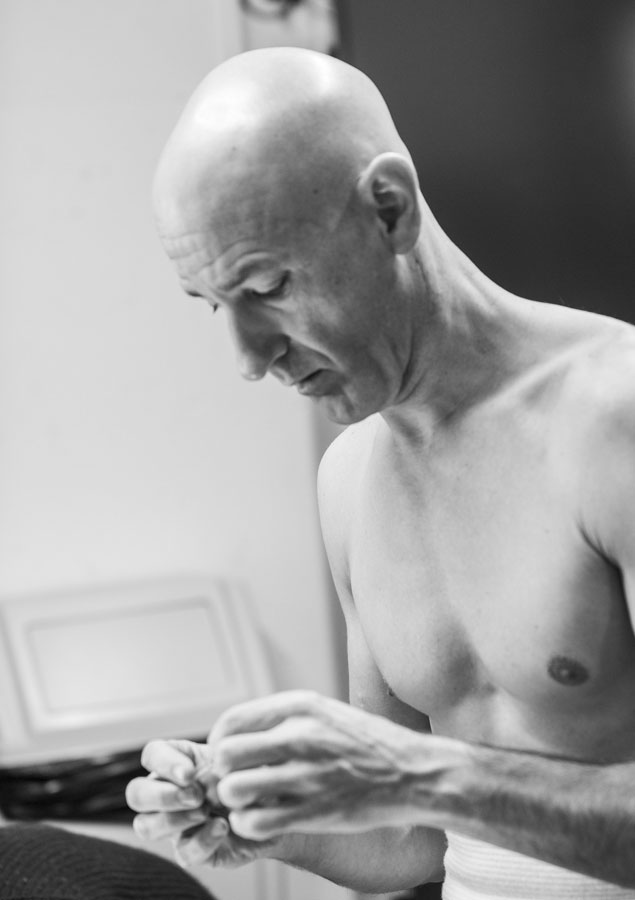 Biography
Show business is nothing new to Yves Landry. His interests are in dance, music and performing arts began in his infancy.

Over the years, he has been a disc jockey, an entertainer, a stage lighting designer, a technical director, a stage manager and much more. Versatility and proficiency are his predominant personality traits.
Then in 2010, at the age of 39, Yves was diagnosed with an advanced cancer. His life took a hole new turn. He took advantage of his convalescence journey to make an assessment of his life, to discover who he really is and to find his true purpose. One year later, victorious in his cancer battle, he decided to undergo new life projects and to meet with his artistic side, which he had kept locked in the cupboards in the past. It was engaging in circus activities and in training that Yves discovers that his physical, kinetic, artistic and spiritual sides were for the very first time in perfect harmony. It was a rebirth, a new start and a new life chapter for him. Never had he expected that circus arts would become such a passion, which he could no longer ignore or put aside.
In 2011, he joined Circus Stella, a circus group in Dieppe, New Brunswick. In 2012, he registered in circus training classes when a circus arts school opened its doors in Moncton. Yves is now adding circus artist to his vessel of skills, which includes: stilt acrobatics, aerial silks, dance trapeze, balancing and hand-to hand.
Through his story and his passions, he wishes to convey his love for life to everyone. ‘’Life is beautiful when you really want it to be!’’ 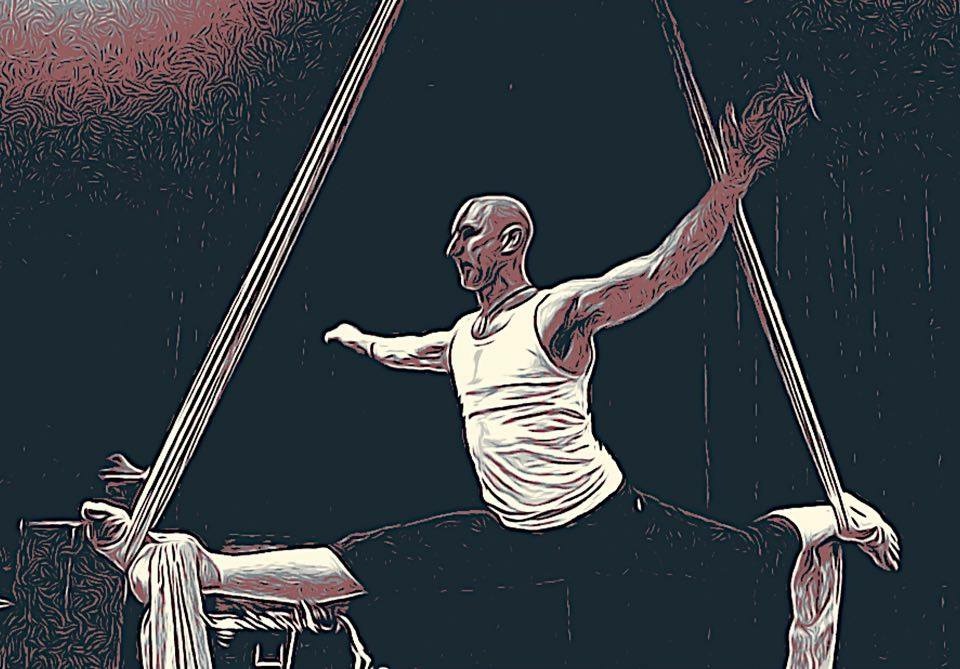 Artistic approach
From our life experiences and true stories, from our testimonies or simply from our own existence, everyone has a story to tell.

Through different mediums, we all have a different way to tell it but for most of us, it is through an art form.
After battling an advanced cancer at the age of forty, circus arts contributed immensely to my recovery back to full health up to this day. Stilt acrobatics, aerial arts, balancing and acrobatics permitted me to BE and helped me find my true purpose in life. This art form allows me to express myself vividly as a human being in constant evolution in this world. Finally! I have found my shinning star in the sky! Without circus arts, I would simply be the story of a misunderstood soul.
I have now many things to tell, to communicate and to share. It goes from my state of mind and spirit, from my political, economical and ecological views to humain rights issues. I have to convey awareness messages, my values, my emotions… who I am.
This may all seem a bit selfish coming from an artist but as far as I’m concerned, if Life gave me a second chance, this second breath, I want to make sure that I can contribute to a little better and a bit more positive world.
I am only one out of seven billion people on this planet, but if through my art I manage to change the life of just a few with my story, my messages, or simply with my “Being”’, well; ''Mission accomplished!''. These are the footprints and the heritage I want to leave behind.
‘’I am guided by my shinning star and Life is wonderful!''